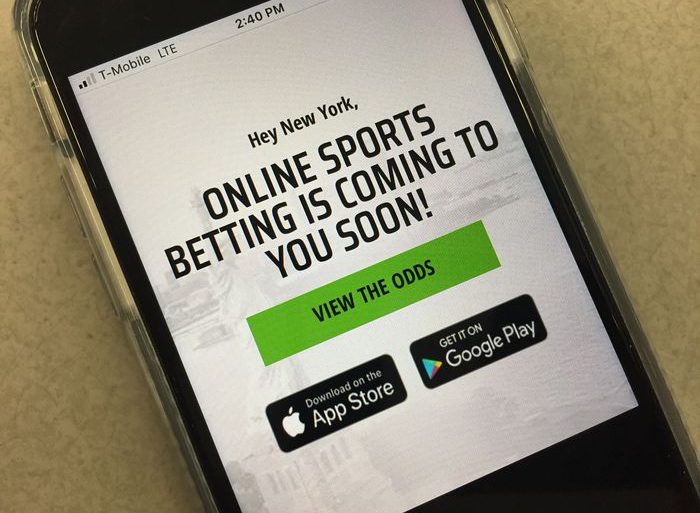 The New York Gaming Commission announced on Thursday 01/06/2022 that legalized online sports betting is coming to New York. New York became the 18th state to legalize online sports betting, making it available to its 20 million-plus residents. On Saturday 01/09/2022 at 9 am ET, four books launched their services in New York.

Online sportsbooks in New York were long overdue. The state is home to some of the nation’s biggest sports fans and most successful teams. Given the state’s already liberal framework for gambling, it’s no surprise that a legal online sports betting market has finally come to New York.

Industry insiders believe NY will set a new record for the largest amount of sports wagering in the first two months of business. It will be several weeks before New York reports its handles for January and February, but insiders believe it will surpass the current record of $777 million held by Arizona.

Let’s dive into the four books that New York Residents will be able to bet with.

1. DraftKings Sports Book NY (DKNG – NDAQ)
DraftKings is one of the top online sports betting sites in the world. The company is a leading fantasy sports site that has been in business for nearly a decade. It’s no surprise that DraftKings is the first sportsbook to launch in New York as they have long been planning for this day.

The sports betting and fantasy giant was quick to jump on the sports betting train after the repeal of PASPA in 2018. They’ll likely be one of the frontrunners in the New York scene, making quick partnerships with local casinos.

2. FanDuel Sports Book NY (FLTR – LSE)
FanDuel is another popular fantasy sports site that has invested heavily in sports betting. They were ranked the number one overall fantasy sports site in 2018. After the PASPA repeal, FanDuel wasted little time in announcing their partnership with MGM Resorts in New Jersey. They also have a lucrative NBA deal.

“I suspect that New York will surpass all states in their debuts,” Andrew Sneyd, FanDuel’s senior vice president of brand marketing, told CBS MoneyWatch. “It’ll be a very successful first couple of months for New York.”

FanDuel is a betting powerhouse that is owned by Flutter.

3. BetRivers NY (RSI – NYSE)
BetRivers is a smaller betting company that was launched over a decade ago and has been widely successful in the online poker market. BetRivers currently operates in a handful of sportsbooks around the United States.

4. Caesars Sports Book NY (CZR – NDAQ)
Caesars Entertainment is one of the largest casino chains in the world. They operate in a variety of different markets but are most well-known for their Las Vegas casinos. Caesars is one of the most popular online poker sites in the country as well.

They are a natural fit for sports betting and are expected to have a large presence in the New York online sports betting market. After their acquisition of William Hill, the sky is the limit for this gambling giant. These are just the first four books to be authorized – many more are on the horizon.

New Jersey Could be Impacted Negatively

New Jersey a top sports betting market may be impacted negatively. Through November, New Jersey’s nine casinos and three horse tracks have taken nearly $10 billion in wagers. Experts have estimated as much as 25% to 30% of sports bets in New Jersey are placed by New York residents.

Most New Yorkers will probably stay home now and place bets, Daniel Wallach a sports wagering lawyer in New York said, meaning that New Jersey’s sports handle could fall as much as 20%. “It’s not a stretch for a state like California to eventually become legalized and pull down $30 billion in andles every year,” said Wallach, who also teaches sports wagering law at the University of New Hampshire.

Online sports betting in New York has been a long time coming. Fans are excited to speculate on their favorite sports, and the state is looking forward to all the added tax revenue. It’s a win-win! Plus, the legalization is coming just in time for the NFL post-season run including the Super Bowl.